I've been a gamer for almost my entire life, with my early childhood roots deep within the fantasy, anime, and science fiction genres.  This week on Gifts for Gamers, I've compiled a list of the Top 15 movies and animated motion pictures from my childhood.  These are all excellent movies for any gaming fan and many of them can be enjoyed by children as well as gaming adults.  Many of these are hard to find rarities or are movies that you may never even have been exposed to, especially if you aren't as old as I am.  Trust me, this is an amazing collection of gamer type fantasy, science fiction, and animation movies that you are bound to enjoy just as much as I always have and still do.  So be sure to check these titles out, whether you purchase or just rent, these are great films. 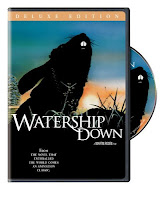 I hope you found a few movies or animations on this list that have peeked your interest.  Are there any other great 80s-90s gamer friendly movies that I've missed?

A few Honorable Mentions are: The Princess Bride, Tron, Voltron, Transformers the Movie, Clash of the Titans (Original), Willow, & The Hobbit (Original Animated).