The Fate of Tome of Polymorph Turtle, Mounts & Vanity Pets 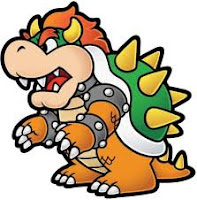 Blue Post
A blue post has addressed some of the issues we have been wondering about regarding the fate of some pets, mounts, and the widely speculated about Tome of Polymorph: Turtle.  Follow me below for implications these changes will bring as well as some non-addressed issues that still remain.

As stated in the Under Dev page, patch 4.0.3 brings about The Shattering, a cataclysmic event that will forever change the face of Azeroth. As we prepare to raise the level cap and introduce two new races with the Cataclysm expansion, it's important to keep in mind that the game world is going through tremendous changes that will affect the availability of certain rare mounts and items.

Tome of Polymorph: Turtle This tome will continue to be available through other means.  Crusader's White/Black Warhorse and Swift Alliance Steed/Swift Horde Wolf  As the attempt-based tribute system is being removed from Heroic Trial of the Crusader, the Argent Crusade Tribute Chest will no longer spawn, and these mounts will no longer be obtainable. Reins of the Blue Drake  This mount will once again be available from defeating 10-player Malygos without needing to use the Dungeon Finder. The Reins of the Azure Drake will only be available on 25-player Malygos.  Mimiron's Head  This mount will change to be a very low drop chance when defeating 25-player Yogg'Saron with no Keepers assisting you.

Invincible This mount will change to be a very low drop chance when defeating Heroic 25-player Lich King.

Although we have no current plans to introduce new ways to obtain the Zul'Gurub mounts, pets, and the tribute mounts, they may return should we find a place where they fit in the future.

Implications
Finally we have an answer on the fate of the Polymorph Turtle Tome.  It will continue to be available via other means.  What "other means" are still meant to be seen.  It could be a rare zone drop, a rare drop off of a rare spawn, or even a trainable spell.  I would expect it to drop in value overall as it now is not going to live up to all the hype.  I would sell mine now before others catch word of this.  Speculation is just a guess, or even an educated guess, but a blue post is much more dependable.  So if you are after one of the mounts or pets that are being removed, then get farming!  The Razzashi Hatchling is no longer going to be available.  Search for these on the auction house and grab up any you can find.  They will only go up in value as they will no longer drop from any mobs and become an obsolete pet.  Collectors will pay a high price for these down the road.
Unanswered Questions
Some questions still remain unanswered.  What about the various dragon whelpling vanity pets or the rare spawn dropped Black Tabby pet available to Horde only?  These are all worth buying as they will hold their value, but could be worth much more if they end up being removed like the Razzashi Hatchling.  I also wonder the same about patterns that drop off of rare spawns in the old vanilla lands.  Will these rare spawns make it through the Cataclysmic event or will they be replaced?

Rare Spawns
Volchan of the Burning Steppes zone is a rare spawn, that has a good chance to drop the blacksmithing Plans: Volcanic Hammer.  He is the only source for this pattern.  Are the rare spawns in Cataclysm the same or are they going to be new creatures altogether?  If Volchan is removed and there are no other ways to get this pattern, then it will be worth a lot more than it currently is today.  Today it fetches a measly 5g, but if it becomes obsolete, then it will be worth a ton more to a recipe collector.  Wowhead's Cataclysm version shows no source for the pattern at all and Volchan doesn't even exist according to the same source.  This could only appear this way because they may not have any rare spawns on the Beta yet or it could be a goldmine.  Would be worth digging into rare drop BOE patterns that drop off of rare spawns.

You weren't banking too hard on Tome of Polymorph: Turtle were you?  Can you think of any other rare spawns that are the sole source for a certain pattern?
WoW Gold Tips by Cold at 6:05 AM