A Guide To Gambling For World of Warcraft Loot Codes

Demand and Loot Code Use As A Blogger or Podcaster


As a World of Warcraft blogger, I learned one thing early on:  Warcraft players love their WoW Trading Card Game Loot!  Many players are willing to buy multiple booster packs and cases of WoW TCG boosters just for a chance to win some loot codes.  More specifically, players are always on the hunt for the super rare and expensive mounts and pets and buying the actual booster packs for a chance at opening a rare is often a more affordable option for many players, since prized treasures like the Spectral Tiger Mount can cost $500 or more.

As a Warcraft blogger, I also learned another key bit of wisdom:  Buying WoW TCG loot cards for giveaways is an incredible efficient way to expand and advertise your blog!  I've often purchased handfuls of WoW TCG pet loot cards to use as contest awards and giveaways.  Whether you are holding a blog birthday celebration, looking for new followers on twitter, need ideas for podcast giveaways, or are building your email newsletter subscriptions, WoW TCG pet codes and WoW TCG vanity codes are super efficient advertising tools to incorporate into your advertising budget.

Many times you can find pet codes for under $5-$10 each on Amazon and I've bought some pet codes for as little as $1.99-$3.99 each.  That $5 investment into a giveaway is super cheap for advertising that actually works to bring you new and returning traffic as well as new subscribers.  And for the big celebrations, giving away WoW TCG Mount cards will really bring the traffic and subscriptions home, if you wish to invest a bit more for those more expensive mount codes.

So if you are a World of Warcraft blogger or podcaster, then I highly recommend grabbing some WoW TCG loot cards to use as giveaways and advertising tools.  It's a great low cost marketing investment idea that actually works.

Some players prefer to gamble for a chance at winning, as opposed to buying the loot cards specifically.  This can be a lot of fun or a headache if you gamble and don't get what you want.  Try to remember that this is a form of gambling, not all booster packs are going to contain loot cards, and it's never cool to leave a horrible review on a booster pack purchase just because you didn't get the loot card you wanted out of your booster packs!  I see it all too often! 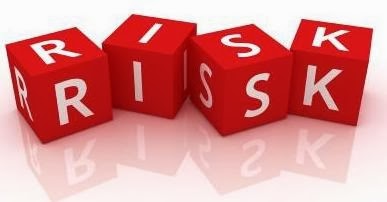 This guide should help to serve two types of buyers:  The Gambler & The Add-On Shopper.

The Gambler is the Warcraft player that loves to buy the WoW TCG Booster packs and cases of boosters in hopes of pulling an expensive loot card to either use for their own Warcraft characters in game or to have a real life investment item that they seek to flip for a real life profit.  Yes, there are players who buy cases in hopes of finding a rare mount to sell for cash.  When the booster pack cases are on sale and deeply discounted, this tactic has the potential to be very rewarding.

The Add-On Shopper is the Warcraft player who is already shopping on Amazon and buying something for themselves that isn't that expensive.  Amazon has a policy that you get free shipping on many items if your pre-tax shopping total of Amazon purchased items is $35 or greater (current policy and subject to change).  The Add-On Shopper knows about the free shipping requirement of $35, so when his shopping cart totals to just $25, he adds a few unopened WoW TCG booster packs to his order to bump the total to just over $35 to get the free shipping option.  This option is a wise one because instead of throwing away money on shipping alone, you spend a tad bit more and get booster packs and can gamble for a chance to get one of those expensive mounts or pets!  Remember to think like the Add-On Shopper when your next Amazon purchase totals just under the free shipping threshold of $35.

For those players that are interested in buying their own WoW TCG booster packs, it helps to have a breakdown of what exact loot cards can be found in which booster packs, since there are a ton of already released expansions for the Warcraft trading card game and not all of them contain WoW loot codes.

Rarity is also important to keep in mind.  The rarest of the loot cards will almost always be the mounts within that expansion.  The vanity items and pets will usually be either common or uncommon distribution, but the mounts will almost always be the rarest and hardest to find.  While it is possible to buy just a single booster pack and get a rare mount, it is also very unlikely.  Buying a case of TCG booster packs increases your odds of getting a rare loot card, but still is not a guarantee.  Although buying a sealed booster box is a guarantee that you will receive some loot cards, it doesn't guarantee that you will get a mount card.

Make sure to check the prices between booster packs and cases because some of these sets you can buy a full booster box for under $25!

Hoping To Get A Spectral Tiger Mount Code?

The most common gambled for loot card is the Spectral Tiger and the original packs that they appeared in are both rare and expensive, but you have better options.  If your main goal is to get a Spectral Tiger Mount card and you don't want to buy a Spectral Tiger outright, you actually have 4 options.

The Spectral Tiger Mount Can Be Found In These Options:

If you've had good luck promoting your site with loot card giveaways or have had some great luck opening booster packs for loot codes, then be sure to share your experiences in the comments!

GOOD LUCK WITH YOUR BOOSTER PACKS!
WoW Gold Tips by Cold at 12:21 PM