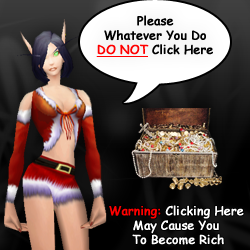 Firelands Dailies In Mount Hyjal
Within Mount Hyjal lies the Sanctuary of Malorne Firelands dailies quest hub.  The Sanctuary of Malorne Firelands quest hub will give you 3 Firelands dailies quests per day.  Completing these quests will earn you Marks of the World Tree and will help get you closer to unlocking your Firelands vendors.
Each day you will receive 3 of the daily quests.  1 is a set quest that you will get each day:  Protectors of Hyjal (with Mankrik and the others that assist you) that requires 6 kills at Sethria's Roost.  You also receive one of the 2 chain quests where you either gather birds, save bears from the trees, collect deer spirits, howl on corpses, or kick turtles into the water.  Each of these original quests is followed up by a quest to kill a summoned mini-boss.  The 3rd set of dailies will be one of the Rage Against the Flames quests (80% chance) or the easy quest to pick herbs (20% chance).  The Rage Against the Flames quests will require killing any of the mobs in the Mount Hyjal Regrowth or Sethria's Roost areas.  Depending on which Rage Against the Flames quest is the random Firelands Daily, you will have to kill 6, 7, 8, or 9 mobs in the area.
Maximizing Rage Against The Flames
Everyday your Firelands Daily quests in Mount Hyjal will require a minimum of 7 kills.  For mazimization purposes, we should research which of the remaining possible targets that can be killed for the quests that require extra kills, like Rage Against the Flames 8 & 9, as well as Perfecting Your Howl, which requires 10 kills and corpse howls.  On some days the 7 you must kill to complete your dailies will be all the killing you will need. Depending on the combination of random Firelands Dailies chosen, you may need to kill even more mobs.  Which of these mobs will be the better targets as far as loot tables go?
Rage Against The Flames Target Options
Every day you must kill the 6 at Sethria's Roost and the 1 summoned mini-boss, so that is the 7 minimum that will award you credit.  Based on their loot tables and gathering options, these are your choices.  Choose your extra targets based on your Professions and what material resources you would like to gather while completing your Firelands Dailies quest objectives for the Sanctuary of Malorne daily quest hub.
Are you a Skinner?  Brimstone Hounds can be skinned for Savage Leather, but they only drop vendor trash when looted.
Are you a Miner?  Seething Pyrelords at Sethria's Roost only drop vendor trash, but their corpses can be mined and can produce 2-3 Volatile Earth or 1-7 Elementium Ore.  You can often find un-mined corpses around the Sethria's Roost area that are yours for the scavenging.  Here is another great scavenging location in Mount Hyjal.
Are you a Tailor or are you after cloth?  Charred Flamewakers have a 29% chance to drop 1-4 Embersilk Cloth (ncludes Tailor's Cloth Scavenging bonus) and Scarred Acolytes have a 47% chance to drop 1-4 Embersilk Cloth.
Are you a Rogue?  Both Charred Flamewakers and Scarred Acolytes can be Pickpocketed for a chance at Flame-Scarred Junkboxes.
Are you after Volatile Fire?  4 mob options have a chance at dropping Volatile Fire.  They are Seething Pyrelords, Brimstone Destroyers, Flame Terrors, and Charred Invaders.
There you have it.  Choose your targets wisely based on your time commitment, which areas you are reqired to be in for the Firelands dailies that are randomly chosen, what Professions you have, and which possible items drops are most beneficial or profitable for you.  Then you can enter the orange portal and complete the Firelands Dailies within the Molten Front and continue unlocking the Druids of The Talon or The Shadow Wardens.
Enjoy The Posts Here at Cold's Gold Factory? Check Out Cold's Mysterious Fortune Card Mastery Gold Making Guide To Get You Started. This Guide Can Be Applied To Multiple Markets Not Just Barking MFCs.
WoW Gold Tips by Cold at 2:01 AM