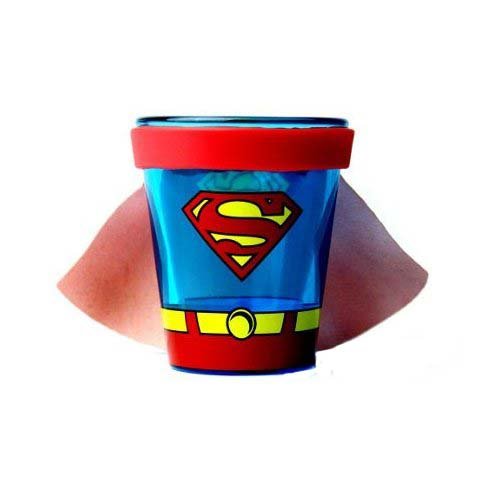 One of crazy things that people tend to collect are Shot Glasses and there are a ton of gaming and comics inspired shot glasses available to choose from.  Here is a collection of some of my favorite shot glasses that have been inspired by games, fantasy themes, comics, and pirates.
Just hover the individual links to see the images of each shot glass or set of shot glasses.
Comics Inspired:
Star Wars:
Video Games:
Other Cool Shot Glasses: Drinking Game Shot Sets:


Welcome to another 2013 edition of Cold's Gold Blogging Carnival. These carnivals will continue to take place the 11th day of every month and will be hosted here at Cold's Gold Factory. All World of Warcraft bloggers are welcome to participate and feedback both here and on the original authors' sites is strongly encouraged. So show some support and please leave some feedback in the comments section. These bloggers put a lot of time and hard work into these blogging carnival posts so please tell them what you think.

If you would like to be included in the next month's carnival, please review the guidelines for Cold's Gold Blogging Carnivals and submit your live post link via email (ssmith0911 at live dot com) before the 10th of the month. Read up on the benefits of participating in blogging carnivals at my other blog designed to help new bloggers, Blogging Vitals.  (Lots of tips for those of you starting out or interested in blogging.)  Articles for the CGF carnival are listed in the order they are received. Thank you to all the bloggers participating in this month's carnival!

If you are not a blogger, you can still participate in the monthly carnivals as you can have a post hosted at Goldgrubs.com. Now I present to you this month's participants on the topic of:

"Discuss A Previously Great Market That Is Now Defunct and What Can We Learn From It?"

The Fall Of Enchanting Rods by Jason of WoWRounded

My Old Friend: Spidersilk Boots by DaCheng of Casual Noob

Robes of Arcana: Gone, But Not Forgotten by Cold of Cold's Gold Factory


Thanks again to all of this month's participants.  Be sure to check back later for next month's carnival topic and remember to look for next month's gold blogging carnival on the 11th.  If you have a topic idea, don't be afraid to send it in.  We may use your idea, which will get you proper credit as well.

Keep on Keepin' On!

If you enjoy the monthly carnivals, spread the word and help support the carnival as it continues to grow:

Robes of Arcana - Gone, But Not Forgotten

Robes of Arcana - Long Gone, But Not Forgotten

For this month's topic for the Gold Blogging Carnivals at Cold's Gold Factory, I've decided on the topic of obsolete markets from the past.  More specifically, we are looking into great gold making auction house markets from the past that are no longer profitable and what we can learn from those old markets.  I'm focusing on one of my old school favorite niche markets, the market for the now obsolete: Robes of Arcana.

The Old Robes of Arcana Niche

The Robes of Arcana market was a wonderful gold making market for my Tailor for years!  Why was it so profitable?  The Robes of Arcana was craftable by Tailors and was required for a 7 part Warlock only quest chain.  The Tailor crafted item was in demand because not all Warlocks are Tailors, which means not all Warlocks could craft the item for themselves.  Better yet, even if you were a Tailor you still probably couldn't craft your own Robes of Arcana because the recipe was a rare drop (Less than 1% drop rate) off of only 3 specific types of mobs in Azeroth.  The 7 part quest chain that required the Robes during one of the quests ended with a nice blue chest piece quest reward.  The quest was level 31, but the rewarded Enchanted Gold Bloodrobe was a level 38 item with very nice stats (+17 Int / +10 Sta).  Anyone with twinking experience or experience Enchanting twink gear should immediately see a nice benefit already since this item attainable at lower levels could hold much more powerful chest enchants.

So combine a quest required item needed to get an overpowered piece of gear, along with a rare recipe drop, and twinking potential and you've got the recipe for a nice money maker.  Now add in the fact that the Robes of Arcana also required 2 Spider's Silk (always in high demand and low supply) in the recipe (4 Bolts of Silk Cloth & 2 Fine Thread as well) and you've got plenty of reasons to jack the price up sky high for a real nice profit.

Of course I had my own recipe, as it was always in my snatch list along with Spider Silk, and I also bought other copies just to keep them out of the hands of other Tailors who might compete with me.   I would craft the Robes of Arcana for a crafting cost of 10-20 gold each and sell them all day long for 75 gold, which was a hefty price back in Vanilla WoW.  I got away with selling tons of these with nearly non-existant competition all the way up to The Shattering just before the Cataclysm launch when both the recipe and the quest chain were removed from the game.

What Can We Learn?

World of Warcraft is an ever evolving and growing game.  Things are constantly changing being changed, added or removed from the game.  The Robes of Arcana saw the same fate that a lot of the profession crafted items did as Blizzard started to make a change that still irks me to this day.  There used to be a lot of items that were required for quest turn ins that were only available from other characters and their crafting professions.  Check out this post I did in July of 2010 where I listed most of the profession crafted items that were required for quest turns ins: Master Quest Craftables List.   Sure aren't many items left on that list worth crafting anymore as most of the related quests have been removed from the game.

I really enjoyed the cross dependence among the player base on your server because if you needed one of these items you had to either craft it yourself, find a guild member with the pattern, or hunt for the item in the trade channel or on the WoW auction house.  This helped to established continued markets for lower level items and lower skilled crafters could easily make gold on the auction house too.  Without more of these lower level niche markets we've got most crafters stuck in the same markets on the higher skill ends of profession crafting along with everyone else.

The removal of requiring profession crafted items for quests is just one piece of the dumbing down and simplifying of the game to make it easier for beginners.  As the game gets easier, unfortunately so does our options for viable crafting niche markets.