League of Legends - Player Behavior & The "It's Just Bots" Fallacy

The "It's Just Bots" Fallacy in Riot's MOBA: League of Legends 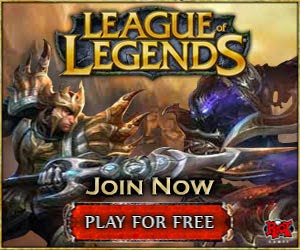 League of Legends is a MOBA (Multi-Player Online Battle Arena) that I have been playing as my main game for the last few months.  League of Legends is an absolute blast and the game really tailors to my competitive nature as it can be highly competitive, especially within ranked play.  Before you can even think about trying out Ranked Play Mode in League of Legends, you must first get your Summoner (this is what they call player accounts in LoL) level to 30 and only then does the option of beginning to start competitive ranked play become an option on your game selection screen.

Prior to reaching level 30, you must continue to play the various game modes and accumulate experience for your summoner, unlocking Runes and Mastery skill points along the way.  This grind to 30 is best used as a learning experience for newer players to figure out the game mechanics, start to understand the meta-game involved with competitive play, and serve as times to help identify which Champions (the characters you select to play in a given League of Legends match) best fit your own play-style, as well as which roles you prefer to play on your team.  You see, League of Legends is a team game, or team sport.  So you must work together as a team in order to achieve victory.

Problems start to arise within all the forms of the games due to the inclusion of all types of players into these same matchmaking queues.  League of Legends has been known for having a horrible community of players, probably because of the mixing of very competitive players and brand new fresh players, both of which can be paired in the same non-ranked matches.  Add in the ability to queue up with your brand new friend, and you've got a mixture of all types of skill levels within the same non-ranked games and tempers can flare when someone is holding the team back, or worse, feeding the opposing team and making them stronger.

Luckily I haven't seen much in the ways of the horrible nature of insults that such a "toxic gaming player base" is known to spew out at other players (probably because I'm still grinding to level 30), but I have seen my fair share of whining, bitching, nagging, and attacking other players for their Champion choice, play style, or inexperience in playing League of Legends properly.  While I tend to try to be one of the team leaders and more helpful players for those that appear inexperienced, I do try hard not to get frustrated with new players who don't seem to understand exactly how to play League of Legends properly.  New players don't frustrate me nearly as much as the more experienced players who think they are some special snowflake that got stuck playing with us inexperienced losers.

Learning Through AI Bot Matches in League of Legends

As stated before, I tend to try and help out new players that I get matched with on my team while playing un-ranked games in League of Legends.  We were all new at one point in time.  Many of us resorted to learning the game on our own through trial and error.  When trial and error wasn't good enough we turned to the internet, online champion builds, and strategy articles to try and get a better grasp on the game mechanics because the in game tutorial can only teach you the absolute basics of the game and most other players aren't helpful or aren't teaching new players how to properly play League of Legends during matches.

Within most game modes, you have the option of playing versus humans (PvP) or playing vs bots (AI).  It is best to start learning how to play LoL in the matches versus Basic level bots and then work your way up to Intermediate bots, before advancing on to the hardcore PvP mode versus other players.  The bot options are there for new players to learn the game, for any player to learn a new Champion, a new lane, a new play style, or test out a new item build.  Bot games are practice modes within 2 levels of difficulty designed for teaching and learning.  The biggest problem with teaching and learning in the AI bot games is other experienced players and the commonly thrown out statement "It's Just Bots!"

The "It's Just Bots!" Fallacy in League of Legends

Bot games are for learning the game or learning a new champion.  Bot games are for teaching your newly installed friend how to play.  Bot games are for teaching team make up, how to last kill, proper phases of the game, knowing your role, learning to team fight, and advancing your skills.  Bot games are where you take that new recruit you signed up so they can learn before being exposure to PvP mode.  For some though, bot games are for farming IP (the currency you get from matches that is used to purchase Champions, Runes, and other items in the League of Legends shop.  And for other more experienced veterans, bot games are just a faceroll where you can't possibly lose, or so they believe.  Then when things get ugly and the team gets behind because not everyone is as proficient as the snobby veteran player, the fangs can come out and the bitching, whining, nagging, and harassing starts.

There are many players that understand that the AI bot games are for learning, teaching, and improving your skills.  There are also many players that commonly spout out "It's Just Bots!" anytime someone asks a question, asks for help, or questions someones choice of Champion to be added to the team.  "It's Just Bots!" is not a statement that helps anyone.  There are plenty of matches that my team has got their ass handed to us by an AI bot team.  Bots aren't a pushover.  Bots aren't always easy, especially if fed.  Bots definitely aren't an easy faceroll to a newer player.  There are plenty of times that Mr Badass hasn't been able to carry the team, even when facing ""just bots", so stop with the damn "It's Just Bots!" attitudes please!

When teaching or helping newer players learn the game, the best results will come from teach them the proper ways to play, which includes what team makeup is expected on your team.

For most teams in PvP mode, you will expect to find:


So when your team queues up as 4 Fighters and 1 Tank (happened just the other night), don't be surprised when the match goes poorly (we lost).  Of course, what was the response during the team building phase when I asked, "Is anyone going to play an ADC, Support, or a Mage?"  Yup, you guessed it.  "It's Just Bots!"  Well, those bots just kicked our ass and you've contributed to wasting all of our time.

Stop With The "It's Just Bots!"

The "It's Just Bots!" excuses need to stop.  You can't expect players to perform up to your standards in PvP, if you are constantly reinforcing poor choices and bad behaviors in the bot training matches.  I'm willing to bet that the "It's Just Bots!" crowd is part of the same crowd that bitches and whines when players aren't performing properly in PvP and Intermediate bot games.  You people are part of the problem!  You continually allow poor team construction and improper Champion lane placement and then bitch and whine when that same player continues to do what they've been allowed to do in the games they've played so far.  You can't just flip a magical switch and say "Ok, forget all of the bad habits we taught you in bot matches and start to play correctly now that we are in PvP matches".  It just doesn't work.  You send mixed messages and those lead to new player frustration and in turn, more frustration for experienced players when matched with improperly taught newer players.

So let's stop with the "It's Just Bots!" mentality and instead focus on teaching newer players the proper way of playing from the start.  The entire community experience and player skill level will improve as a whole and new players can more quickly become quality contributing members of any team.  Teach them properly and you too will reap the rewards.  If you continue to shrug off those "just bots", then the new players will continue to learn poor habits and the experienced player base will continue to be frustrated with the new players joining the ranks in the of League of Legends.

What do you guys think?

Check out these sweet League of Legends Hats!
WoW Gold Tips by Cold at 9:35 PM