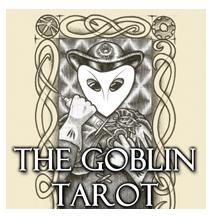 You don't have to be a mind reader to know when to sell certain items to make gold in WoW.  It's no secret that with the next World of Warcraft expansion we will be seeing a major influx of new pandarian characters, new monks, re-rolls, fresh alts, and brand new players altogether.  This creates a myriad of options for profiting off of these new players and characters.  Even the brand new players will be targets for making gold.

I will be going into more detail in an upcoming post about what items to be looking for to snatch and flip for new players, but today I will be focusing on a strategy I have been working on.  I highly recommend getting started on this same strategy ASAP, if you are interested, because as soon as the new pre-MoP Patch 5.04 drops, it will be much harder to find the required herbs at cheap prices.

Patch 5.04 brings the Inscription Ink Vendor change, which will increase the demand and prices for the older inks, so get stocked up now!

Every time we have an influx of new players and new characters, I turn to profitting off of the various Tarot Decks as once of my methods of making gold in WoW.  This startegy works well when there are new players entering the game.  The top 3 times to sell these items for leveling characters are:

Tarot Decks And What They Make

Tarot decks are created by Scribes (don't let any fool convince you they are called Inscriptionists or Scribblers) with the Inscription Profession.  There are 4 different Tarot Decks and they are each created from combining the required Tarot Cards.  Why target these Tarot cards and decks for new players?  Because you get some killer gear that you can sell for a nice profit when you turn in the completed Tarot Decks.  Every expansion I always run short on these items, even though I try to stock up and make as many as I can.  The demand is just too great to meet the spike brought on by the new player influx.

The Cards for the Tarot Decks are created using the rare inks that are obtained while milling.  This is one of the reasons I don't just convert Blackfallow Ink or the current top level ink at the Inscription ink trader.  If you aren't milling the low level herbs, then you won't be getting any of the rare pigments.  You can find the rare inks and pigments listed on the auction house sometimes, probably from Scribes that don't understand their value.

There are 4 types of Tarot Cards and Decks

Mysterious Tarot / Deck of Rogues - These are an absolute goldmine!  Once you turn in the deck (at anytime - the Darkmoon Faire is not required for any of these 4 Tarot Decks), you have the choice of 3 items.  You pick which reward you would like, the Robe (cloth), Vest (leather), or Chain Shirt (mail).  These are wearable at level 15 and rival gear much higher level.  These chest peices are favorites of low level twinks and leveling characters alike.  These Darkmoon chest pieces can also be snatched up off of the auction house and sold for a nice chunk of gold.  I tend to sell them for 75 gold each.  The stats given to the pieces are random, so you will have some duds with a goofy stat combo, but those can still sell for an easy 25 gold.  The best stat combos can sell for over 100 gold each.

Strange Tarot / Deck of Swords - My favorite of all the decks because of the speed at which the awarded gear flies off of the auction house.  These Swords Decks award level 20 blue shoulders.  Low level shoulders are great items to sell because many low level players won't fill their shoulder gear slot by questing alone.  You have 3 choices of awards again: Azure Shoulderguards (Mail), Cloaked Shoulderpads (Leather), and Darkcloth Shoulders (Cloth).  Again the stats are random, but the combinations are pretty good and the great stat combinations can sell for hefty prices to twinks and levelers.

Arcane Tarot / Deck of Mages - These decks award the choice of 1 of two neck pieces that are equipable at level 30.  The Darkmoon Necklace has +5 Sta / +8 Int / +5 Crit, while the Darkmoon Pendant has +6 Agi / +11 Sta.  With the onslaught of incoming Monks, I will be stocking up on the Pendants to sell to the Monks, Rogues, Druids, & Hunters.

Shadowy Tarot / Deck of Demons - These are excellent items to use to make gold as well.  Equipable at level 40, you can choose from 3 different weapon rewards to sell on the auction house.  There is a +Agility Dagger, a +Intellect Staff, and a +Attack Power 2 handed Axe.  I have had the most success selling the Dagger and the Staff, with little success with the Attack Power Axe.

What Herbs To Look Out For For Tarot Decks

Here is a quick reference list of which herbs will have a chance to create the required rare inks when milled by a Scribe, as well as which Pigments to search for.

Hunter's Ink for Rogues Decks
Dawnstar Ink for Swords Decks
Royal Ink For Mages Decks
Fiery Ink For Demons Decks
So don't forget to stock up on these raw low level Vanilla WoW Herbs prior to the big Mists of Pandaria pre-patch 5.04.  These will become much harder to find and much more expensive as unprepared Scribes will be forced to turn to milling the lower level herbs for the proper inks, once the vendor won't accept Blackfallow trading anymore.