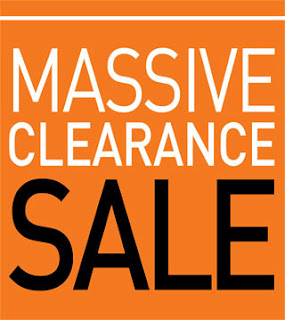 Yesterday's post - An Opportunity Cost Case Study - brought some good comments, but I want to bring one comment to the forefront.

"What if your opportunity cost however is free. Like let's say you get Hostess or someone to donate all the goods to you and then sell them for profit. Would it matter less if you sold them for a complete pittance of their actual value, or would you be justified since they were simply handed to you?

This is the dilemma I recently faced. One of my competitors quit the game recently and gave out a lot of his stuff. He gave a large amount of gold and items to random people in trade for doing miscellaneous tasks, but to me he unloaded guild tab upon guild tab of old world items. (He hadn't playedsince cata came out so all the stuff normal people unloaded at the end of wrath he had stored up in excess) I passed on some of the items to others, used some for leveling my alt professions, and was then left with just unbelievable stacks of things that in small amounts are great sellers, but on my server (which is microscpically small) I was skeptical would ever be unloaded in any timely manner if I were to sell for some of the current prices.

So, I thought to myself, does it really matter if I undercut everyone "normally and get full market price, or do I simply just want to unload some of it quickly. I chose the latter option and figured since it was technically free, that I could utilize the overinflated prices of what some sellers had the items going for, to kind of help sell mine. Like even if people did not need or want this item, it would show up on their add-ons as a must have for resale profit cuz mine were so far below the current selling price of others.

I was right, a good portion was bought up by one of the other sellers, and I noticed some of the names who bought some were back up relisting them, but the amount of whispers I got from annoyed people was absolutely astounding. lol and I am still left with incredible amounts. There is probly 101 different ways I could unload some of the stuff other than selling the mats raw, I could have crafted things, or crafted and de'd and in the case of the cloth I did craft like a thousand bags and saved the rest as bolts. A lot of it simply came down to laziness on my part.
Anyways, at the end of the day I started to wonder if I was being as bad as the people I always talk shit about, "but my mats were free cuz I farmed them!" I mean technically I would argue but mine truly were free, though the end result seemed to be kind of bad, because I left the market oversaturated on some things and am also still left with a large amount of overstock."

Let's start off by clearing something up first.  "I farmed it so it's free" is wrong because there is a serious time commitment involved in farming or grinding for items.  So when you are farming it's not free.  Farming costs you time.  Time that could be used making more gold elsewhere.

How to price these truly free items is the dilemma as was mentioned in the comment.  Technically you can price them at whatever price you like, even deeply undercutting, because they will be pure profit.  You paid nothing, so any price will be profitable.  If you are deeply undercutting, then you are costing yourself the opportunity to make more gold on the items.  If you simply just want to turn these gifted items into gold, then feel free to post them for whatever price you want.

If some of the items that you received for truly free are also items you sell on a regular basis, then you really need to be careful.  If you flood the market with them and rampant undercutting ensues, you may crash your own market and could be costing yourself much more gold over the course of the devalued pricing period.  Remember to not flood a market and only post a few items at a time at a slightly under market value price, if you want to get a nice return without devaluing the items by flooding.

Who else wants to comment on the opportunity cost of free goods?