This entry is part of a series of gold making posts answering the questions in the 20 Days of Gold Making Challenge started by Nev over at Auction House Addict.  If you also blog, then be sure to check out the gold blogging challenge for post topic ideas.


20 Days Of Gold Making (Day 6)
Which Market Has Made You The Most Gold Over The Years?

Looking at sheer volume of  items sold the clear winner would be Mysterious Fortune Cards, but since we are looking at the biggest gold making market by profit, the answer is easily the Glyph Market.  We've only had Mysterious Fortune Cards through 1 and half expansions, but I'm sure they will end up on top over time.  Overall though the biggest gold maker has been the Glyph market, and for a number of specific reasons.

When Inscription was first added to WoW, I identified it as a huge money maker and pushed to maximum as my main priority.  This was a huge payoff as I did my research every day and was able to rake in the gold every single day as I was one of the very early trend setters on my server.  I was able to list and maintain a lot of the research learned Glyphs at 200-300 gold per.  Once we got the Books of Glyph Mastery added into the game in Wrath of the Lich King, I was able to sell glyphs for upwards of 500-600 gold each as everyone was frantically buying the new Glyphs for their classes.  I was the first on the Horde side to learn every single Glyph recipe in the game and had the gold to bully my way around the Books of Glyph Mastery market.  Even after learning all of the Glyphs I could, I was still buying up and relisting all of the BoGM for crazy prices just to thwart my competition from finding regularly priced books to learn the Glyphs that would compete with my own.
I made a ton of gold selling Glyphs at crazy high prices deep into Wrath before the Glyph market became so popular with all of the wanna-be gold makers.  After the crazy influx of new competition into the Glyph market, it's now one of my most hated markets that I barely even dabble in anymore.  I've been working to unload existing stock without even crafting any new Glyphs for quite some time because I just am not willing to babysit and camp the auction house to make gold.  I've got better things to do with my time than to even worry about competing with unemployed all day walling idiotic undercutters that are willing to bleed their fingers to the bone milling and crafting for a few gold profits.  No thanks!

I preferred the early days of listing high priced glyphs with little to no competition and having 50-75% of the stock sell every single night.  Nowadays its a few gold profits per sale and 99% of the Glyphs get returned as unsold.
I guess you could say I made out like a bandit while the market was fresh and now all of the copycats can fight over the scraps.  More power to you Kobolds fighting over the scraps. 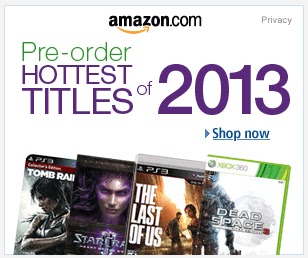