Reign of Fire God Packs: How Cheaters Prosper & You Lose Out 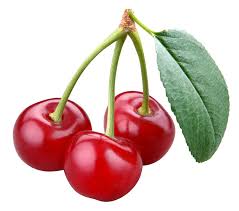 How Cheaters Prosper & You Lose Out

The newest WoW Trading Card Game Expansion: Reign of Fire is a huge hit already and has many World of Warcraft players gambling for their chances at the WoW loot card lotto.  Many of the purchasers of the Reign of Fire Booster Packs and Reign of Fire Booster Pack Boxes aren't even players of the WoW TCG.  Since this newest WoW TCG expansion re-issues every single WoW loot card ever previously released, you can see why these new booster packs are so popular and are flying off the shelves everywhere!

Yeah, you read that right.  Every single Vanity Item Card, Mount Loot Card, and Pet Loot Card has a chance to be found in the new Reign of Fire Booster Packs.

Not only can you pull the old loot, but the drop rates have been increased and you also have a chance at the new Reign of Fire God Packs.

So obviously you are going to hope and pray for ones of these super rare God Packs, but unfortunately you don't have a fair chance of pulling a God Pack unless you purchase a sealed box of Reign of Fire booster packs.  Here's why:

Throughout every trading card game ever created there have been people who try to cheat the system and figure out which packs contain foil cards, loot cards, and special God Packs prior to purchasing any boosters packs.  The WoW TCG is no different and the addition of the God Packs in the Reign of Fire expansion makes it even more of a target for cherry picking cheaters.

"Cherry Picking" is the process of picking out the best packs of any given booster box for yourself, as opposed to just buying packs and hoping to open a good pack.  How is that even possible?

So your odds of getting super lucky and pulling a super rare Reign of Fire God Pack are pretty slim and unless you are buying sealed booster boxes, you almost definitely won't be getting a God Pack from a random booster pull.  The local shop owner probably cherry picked the booster boxes before they even went on the shelf and if he didn't, you can bet the employees have.  Same thing with online sales and purchases at the local convenience or general store.  If the employees haven't picked through the packs, a customer with a digital scale may already have searched them as well.

If you want to get on board with the other cheaters and start cherry picking packs yourself, then make sure to grab a pocket digital scale that goes to .01 or .001 accuracy for precision.  You best bet is to hit local non-gaming stores, where the employees and managers are uneducated on how cherry picking rare loot works.  Try places like Target, Walmart or the grocery store because you can almost bet a gaming shop has been cherry picked by either the owner or the staff.

You best bet and best defense against cherry picking of God Packs and loot containing packs is to only buy sealed booster boxes of reign of fire.

Search for Reign of Fire Loot Cards on Amazon

So now you know how cheaters can cherry pick booster packs before you even purchase them and you also learned that you can protect yourself against these cherry picking cheaters by buying unopened boxes of Reign of Fire booster packs.