GIFTS FOR GAMERS - A column at Cold's Gold Factory that focuses on bringing you some of the coolest gifts for gamers of all types. Remember to check back here for ideas for Gamer Birthday Gifts, Stocking Stuffers for Gamers, and Gamer Christmas Ideas. 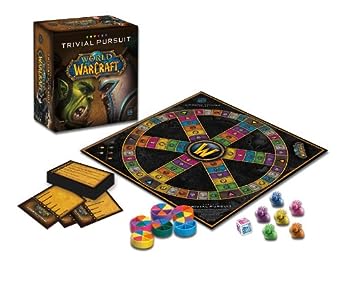 
The game even includes custom baby Murloc counters for moving around the board.  The Warcraft version of Trivial Pursuit will make a great gift for any Warcraft fans and will provide countless hours of replay value.